“With Regulin, our weaning rate from November joinings are as high as those from March.”

“Our March joining gives us a 145 per cent weaning rate” says Graham. “But the Spring lambs have to be finished off in Summer, when our feed deficit is worst.”

Graham wanted to try November joining to make the most of the feed available in Autumn and Winter. He tried a few times, but the lambing rate wasn’t nearly as good. He was about to give up, when he tried Regulin and the 35 per cent improvement in conception rate convinced him to continue.

“With Regulin, our weaning rate from November joinings are as high as those from March. We now use it in the stud and the commercial flock” added Graham.

Last year Burrawang shipped 10,000 commercial lambs from 6,000 ewes. There was minimal feeding, because the timing coincided with the best feed.

“We also get higher prices for suckers in July,” says Graham with a wry smile. 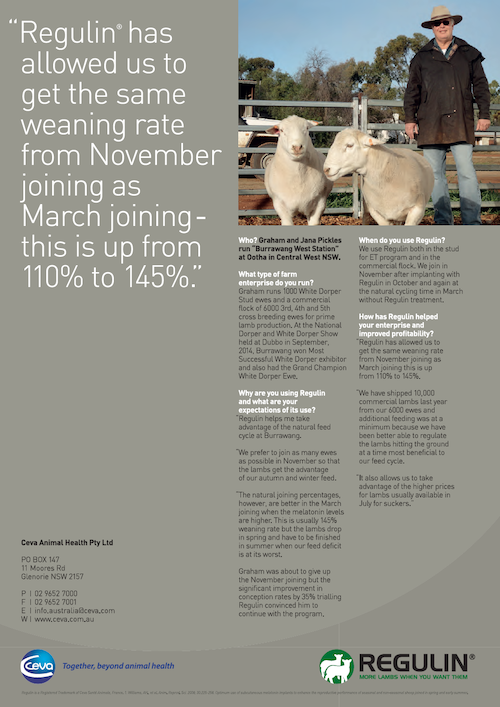